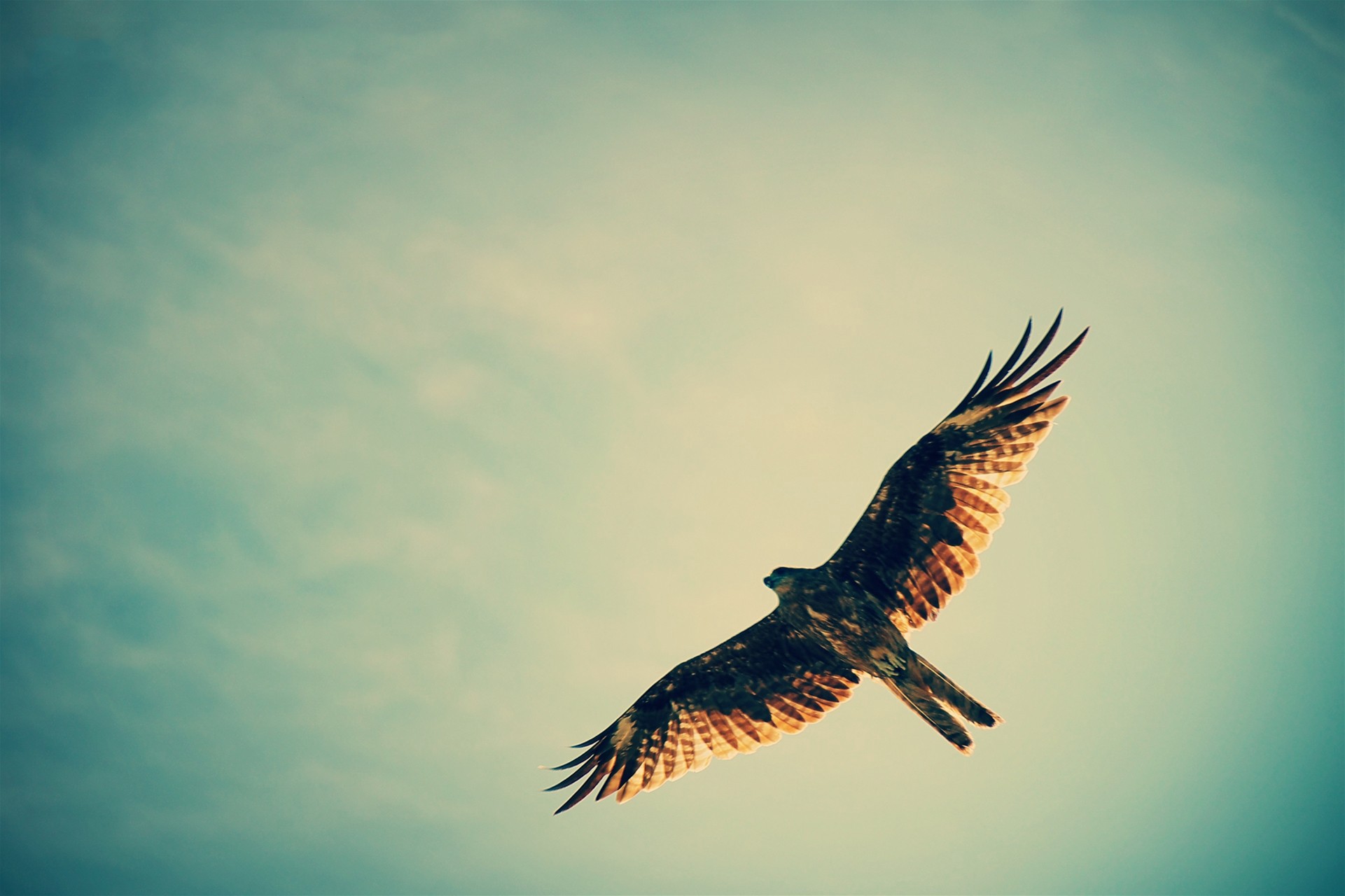 A story I will only tell once

Note: It’s best to listen to this story. Click here for the audiofile

On my 11th birthday my mum and dad gave me an Animal Encyclopedia. On one of first pages in the book there was a picture of an Ape-Eagle. The fierceness in its’ eyes. And imagine the wideness of its’ wings when it flies. From the first day, I saw that picture, it has been my favorite animal. This bird.

Years later, I was spending some time in London, for my apprenticeship. I worked as a receptionist in a hotel. And I had a boyfriend. Jonathan. Tall, long hair, somewhat rebellious, free as a bird, and I wished I could be like that too. One day he showed up at the reception desk with a big smile on his face. Holding a fancy little box. He lifted the cover of the box and showed me what was inside. A beautiful cake for his mum, with on top a lovely image of a robin. Don’t you just love Robins? It’s my other favorite bird. Completely different, but lovely all the same.

A Robin or an Eagle. They’re meant to fly. A bird is not a bird if it can’t fly.

Now, I would like to welcome you to my birdcage.

I am a communications professional. Communication is my instrument. And I apply it to engage my audience in change, by giving them the wings to fly.

I got my first proper job in communications in 1997, as a communications executive for the telecommunications company Telfort. I was the fifth person on the team. And we did everything that had to be done, in a fast growing — start-up like company. The first product brochure, the first employee magazine, the first TV commercial. It was a great time.

In the summer of 1998 my first daughter was born. A year later my second daughter completed our little happy family.

I am an ambitious person. But having kids meant a significant shift in my ambitions. I realized that I couldn’t have both: a career and a great family life, so I consciously put my professional ambitions on hold and put all efforts on being a great mum. Nice treats for birthdays at school, great extra-curricular activities for the kids, music lessons, reading books with them, helping them with school work, and great — memorable- birthday parties. A bird in a cage. Doing what I think is expected of me.

My boyfriend — later to become my husband — had an international sales job. Travelling a lot, so the care of the kids came done on me. A responsibility that I felt, and accepted.

At Telfort — despite holding back on my ambitions, things went well. I developed into a management position, also worked in various other communication disciplines, but realized that employee communications — engaging people in change — really is my thing and I was recognized for my expertise in this area.

In 2007 I made my job redundant, and decided to start working as an independent consultant. Giving wings to my ambitions, finally. Getting out there in the world and share my expertise. I felt I was up for the challenge and confident I could make this work.

My company is called EmpoweringPeople, and that is what I truly believe in. In order to get people on board of change, it’s important to empower them. Touch people, to make things happen. A positioning that works well and has provided me with great opportunities, and well-known companies to be my core customers.

That was 10 years ago. Looking back these years have given me great challenges and very rewarding work. But considering the future, I am not quite flying the course I want.

Times are changing. But even more, I am changing. Let’s shake up this cage.

Time to shine some light on my personal life. You see, personal and professional should go hand in hand, I know now. I have experienced that if they don’t you’ll eventually have to make a change

I really love to be in control. I am the person who organizes stuff, who makes sure things get done, and that quality is high. I am a perfectionist. As a student my fellow students would wonder, where I found the time. I seemed to have more hours in a day than anyone else.

Great…. but also my friends knew, that at some point, lights would fade. Every now and then I needed to step back, retreat in my student dorm for a day or two. Be alone, play music, paint, write or sing. It was like a dark hole that I tumbled into and needed to be in, just to be me, feel me, and once I’d fueled up, I would be ready to be the ‘public’ me again.

But having kids changed this. There was no time to retreat, I just had to keep going on. And so I did. Until at some point, I broke. Slowly but surely all the energy was going out of me. Until there was none. I seemed to have lost connection with my emotions. Numb. Not being able to feel. Burn out, the doctor said. A colleague described it more accurately: Like a dead bird. It was hard work getting back, step by step toning down the perfectionism. Ready to be able to be part of life and do my share.

I already mentioned the caretaking of the kids, with my boyfriend away from home a lot due to his job. So, I found a way to do both. Be a bit of myself, and take care of everything else. But as with all other things I managed it.

Not so much changed after all. Still a crippled bird, busy in my seemingly perfect cage.

My strive for perfections also meant that I wanted to have the perfect marriage. Although not in the logical order, most people get married before they get kids. We took a different approach. First kids, then primary school, and then — 18 years after we got together — a proper wedding, in a lovely little church, with a white dress, and the cutest flower girls, lovely guests, great food, plenty — plenty of wine and enchanting music.

My daughters were teens at that time, 15 and 16 years old. A time when they start pushing back. Anyone who has teenagers knows that these are not the greatest of times. A time of struggles, with my girls seemingly ignorant of the people that love them the most. Being the perfect mum, I wanted to help them through this challenging period in the perfect way: make sure they do the right thing, prevent them from making the wrong choices and make sure they do good at school. But it didn’t work that way. My eldest daughter got a depression at the age of 13 .

Despite all the help I got for her, therapy, doctors, medicine, it didn’t get any better. I got worse. Nothing seemed to help. And I was desperate. Lost.

Furthermore my other daughter started kicking back. Poor results at school, smoking joints, being rude to teachers and unhappy about how life was treating her. So I got her a therapist too. But all the therapists in the world would not be able to give them what they needed most.

I had been doing all I could. But I had nog been being all I should.

Showing them that I was driven by other people’s expectations, instead of staying true to me. Letting life by ruled by the cage that I had put myself in.

Times are changing, I am changing.

There was no one to blame, but me. The marriage was a symptom, part of the cage that I had built for myself, providing some kind of safe zone, protecting me from the hazards from outside, preventing me from being vulnerable. But my girls made me think:

How can I expect them to be confident and believe in themselves, if I am giving them such a poor example.

How can I be meaningful, if I don’t acknowledge what is meaningful to me?

How can I see and feel what is out there, if I choose to be a spectator of life instead of being part of it?

How can I live, if I stay in my cage?

Times are changing, I am changing

So, I had to open the cage, get out there, spread my wings and start to fly.

To be honest, it’s hasn’t been an easy ride. It’s tough, because I know the comfort of my cage. But instead of treating it like work, as I had done in the past, I now let things flow, check how they feel and what they mean to me. Take time to feel how I feel.

And for the first time, I can feel the space I am in. Breath. Realize that nothing is impossible.

Being me. Being meaningful. Fly and make things happen.

And as I told you, I am only telling this story once. Now it’s been told, the cage is gone and there is no way back. Whether the bird is an Eagle or a Robin, or one of my daughters, or a corporate organization or a story, or whether it’s me. It’s meant to fly…. 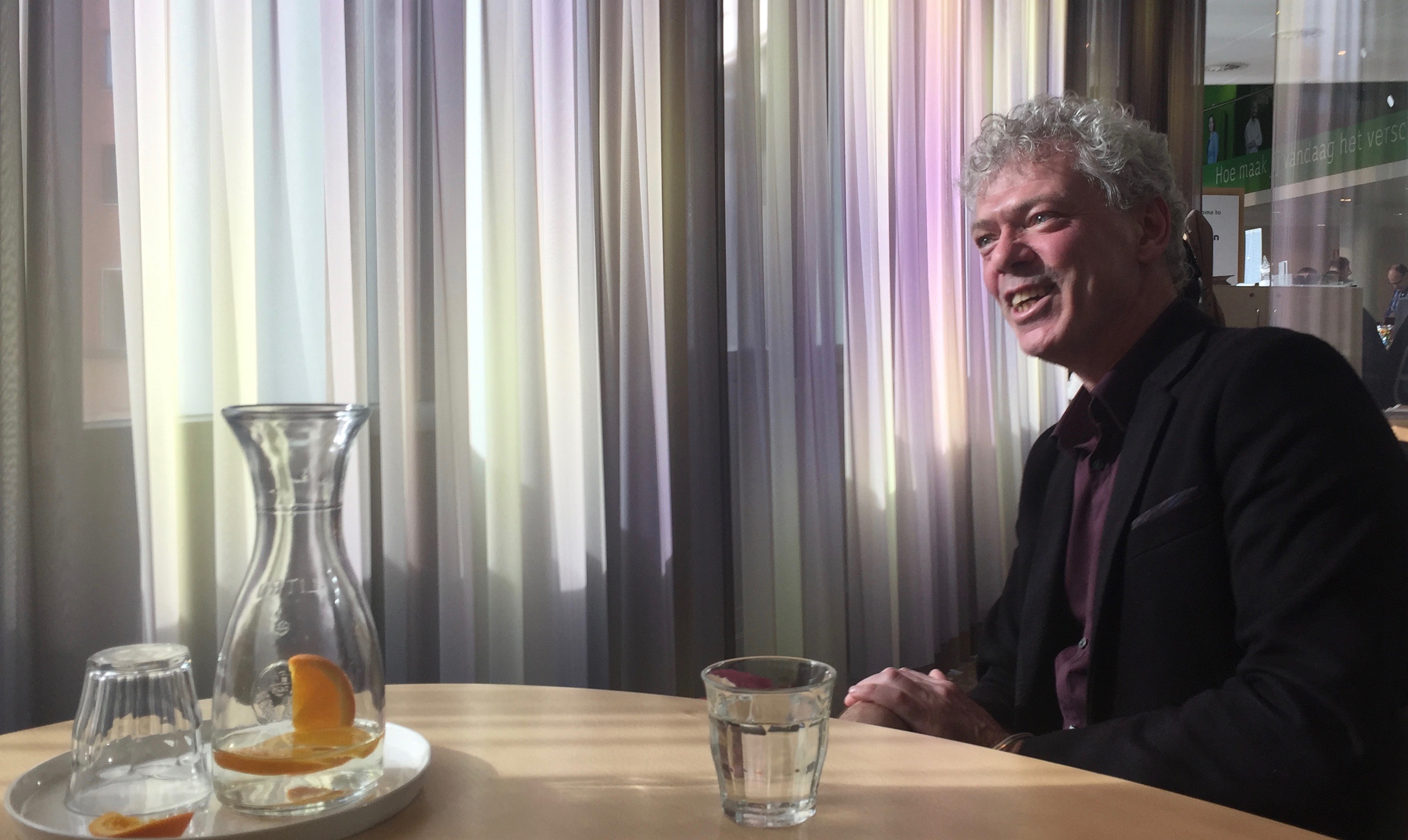 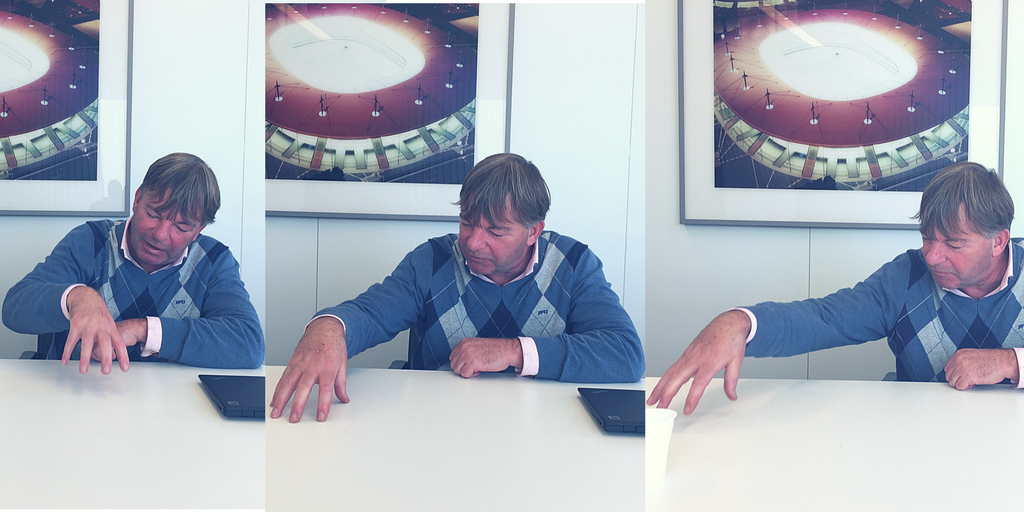 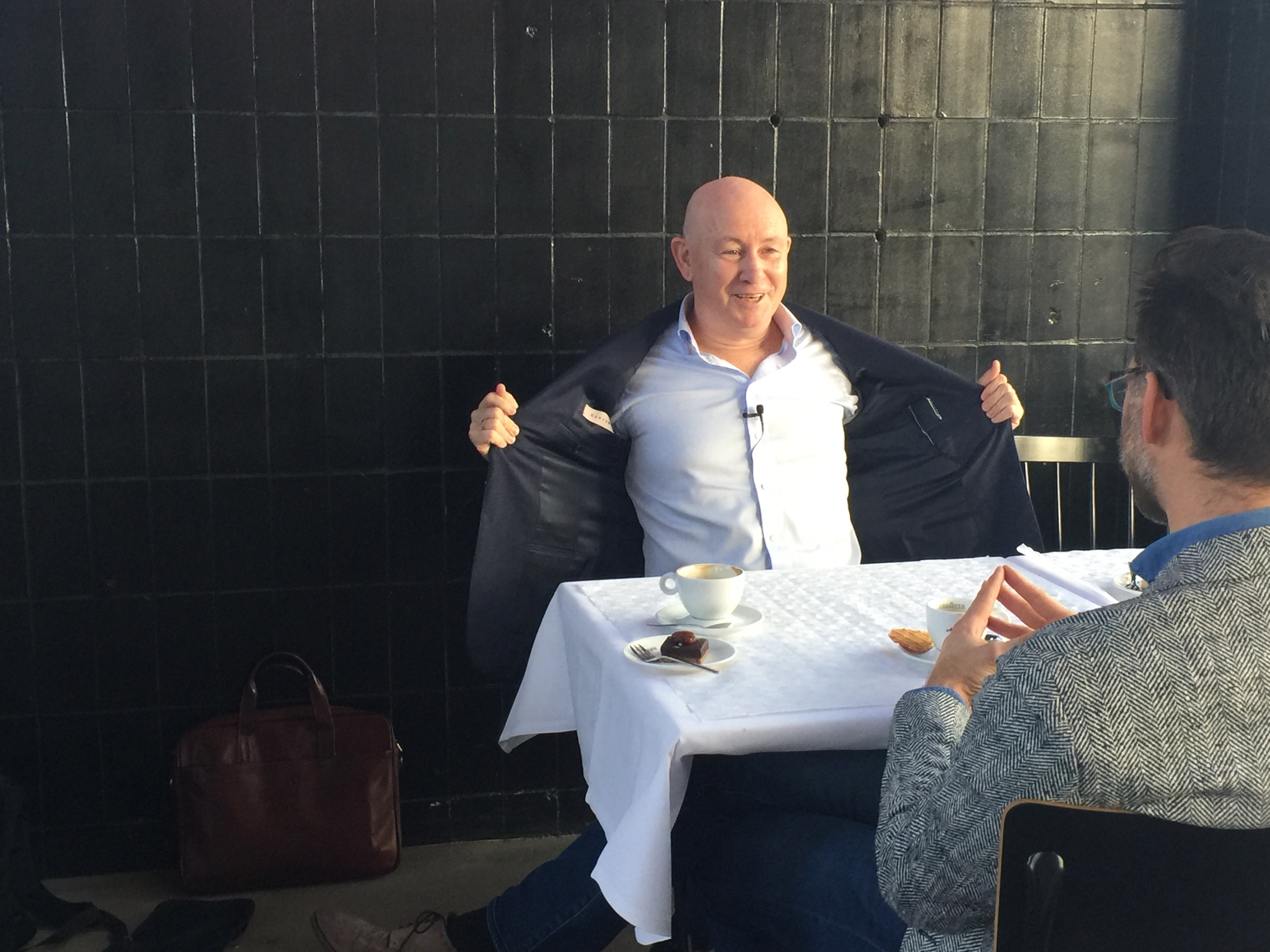 Wake the fuck up! 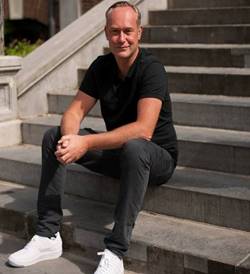 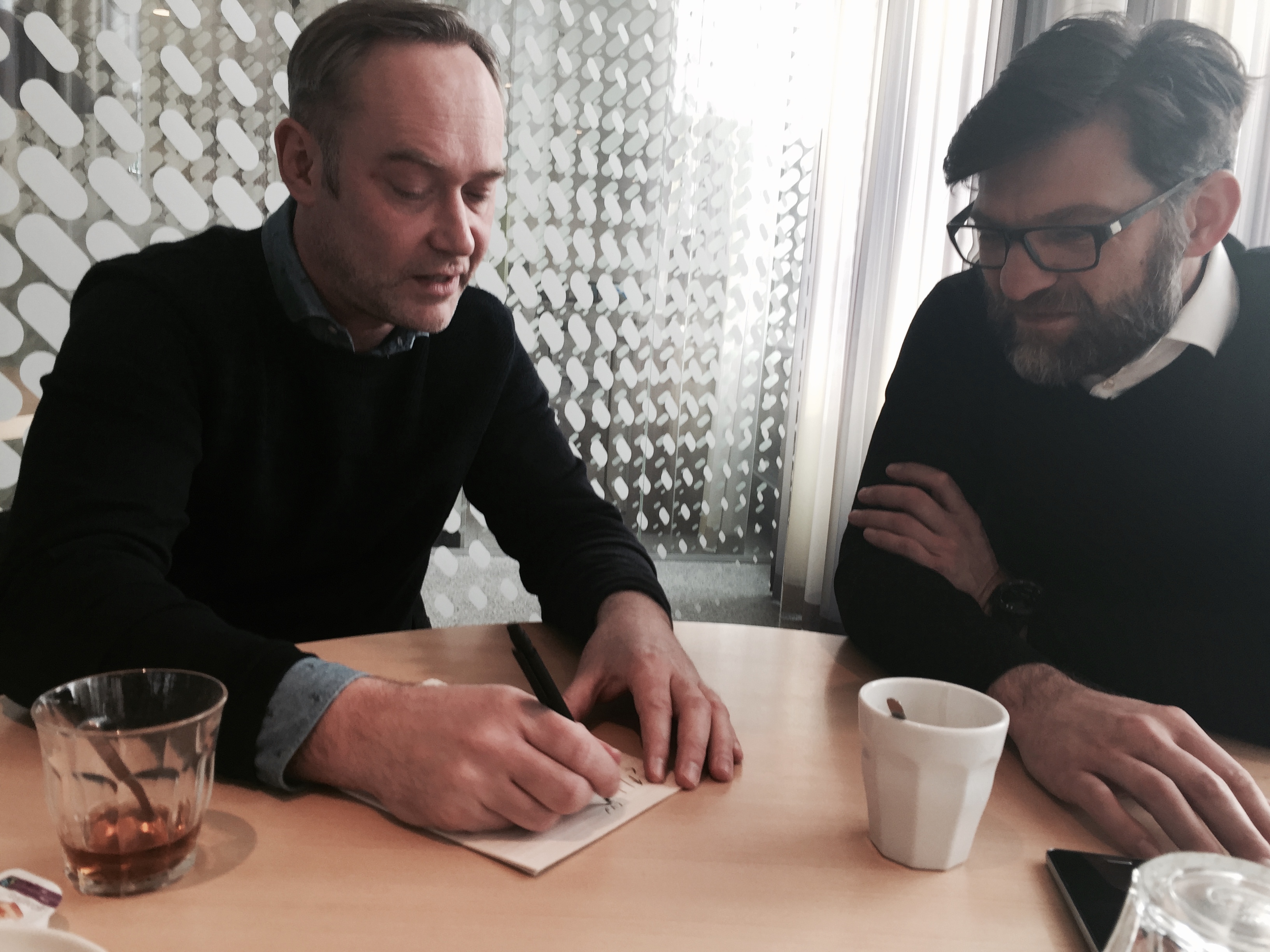 « Older Entries
We use cookies to ensure that we give you the best experience on our website. Got it!